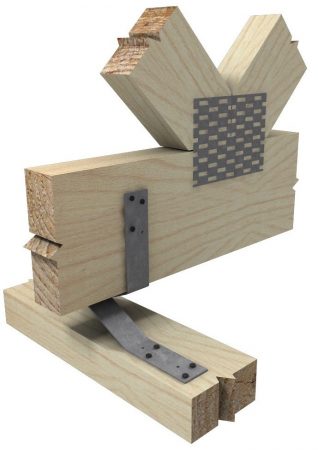 These connectors allow vertical movement of the trusses (to release creep deflection) and ensures that the truss camber dissipation is uninhibited by over-driven nails.

Fixed to top of bracing walls, Pryda Shear Connectors can be used as a direct substitute for a pair of nail fixed timber blocks as specified in Table 8.22 AS 1684.2:2010 and AS1684.3:2010 of the Pryda Bracing Design Guide.

Pryda Shear Connectors have better capacities, and are easier and quicker to install than timber blocks and alternate brackets.

It is quicker to fit 2 Shear Connectors than trying to locate alternate brackets into position, especially if the timber is over sized or has swollen with moisture.

Accommodates all timber widths, including double trusses, whereas alternate brackets only work with 35mm timber.